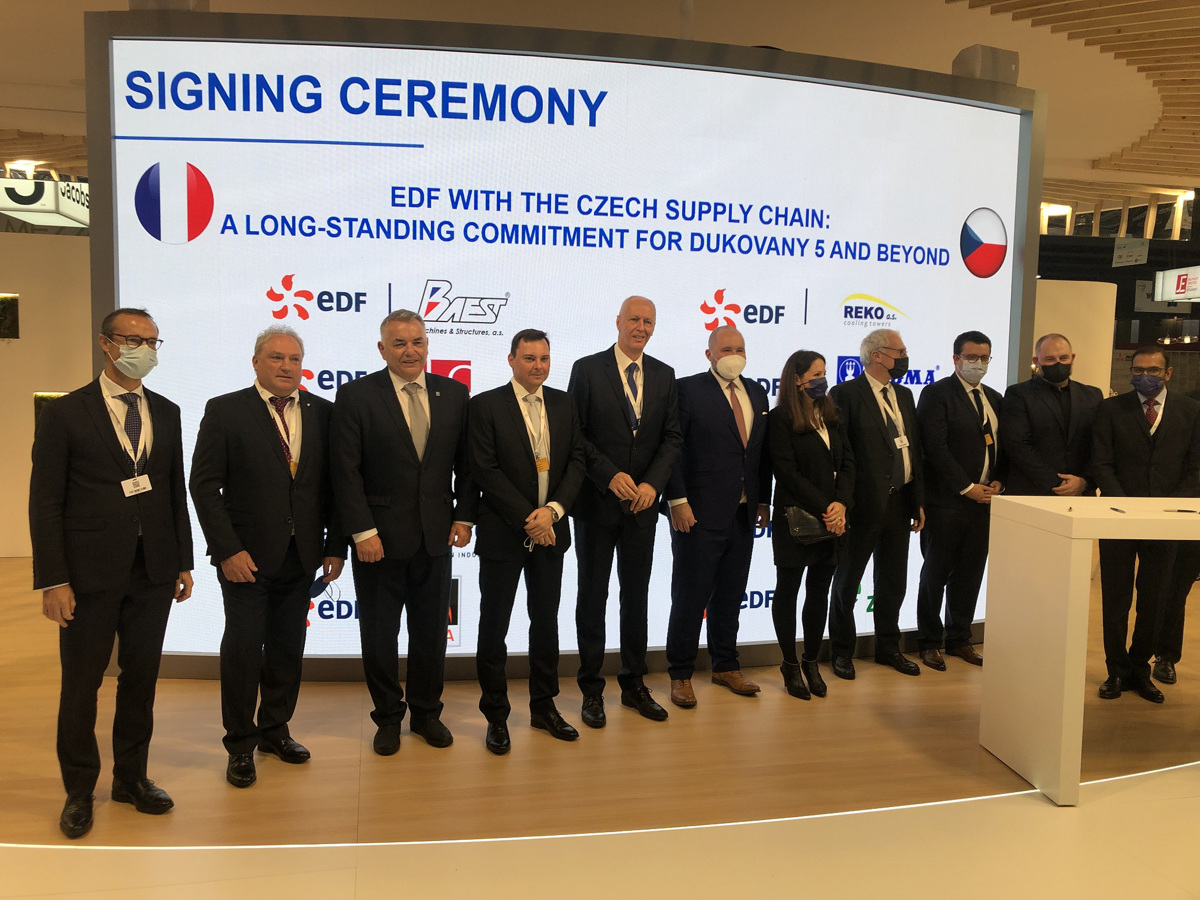 ZAT is one of Europe's leading suppliers of control systems for the primary and secondary parts of nuclear power plants. As part of the planned completion of nuclear blocks in the Czech Republic, representatives of Electricité de France S.A. (EDF) and ZAT a.s. today signed a memorandum of future cooperation. EdF is one of the three potential bidders for their construction.

"The signing of the memorandum with EdF is an important step for future cooperation on nuclear projects and not only in the Czech Republic. For ZAT, it is a significant milestone that confirms our competence in the supply of control systems in the nuclear power sector," says Ivo Tichý, member of the ZAT Board of Directors and Executive Director for Sales and Implementation, who signed the document on behalf of the Czech side.

The purpose of the memorandum is to establish the rules and principles by which the parties will examine the terms of the intended cooperation in good faith and with due diligence. Under the project, ZAT will become a subcontractor to EdF or one of its affiliates for the supply of control systems and related services, including installation.

Representatives of both companies signed the memorandum during the WNE 2021 (World Nuclear Exhibition), which is being held from 30 November to 2 December 2021 in Paris. The theme of the event is "The nuclear industry, a key player for a low-carbon society and a responsible future".

The signing of the memorandum on the completion of new nuclear blocks in the country underlines the initiative of the global nuclear market to play a significant role in the fight against climate change. During the negotiations, sector representatives agreed on the need to accelerate and intensify action and investment to achieve the sustainable, low-carbon future set out in the 2016 Paris Agreement. And it is the construction of new nuclear power plants that can significantly support this change.